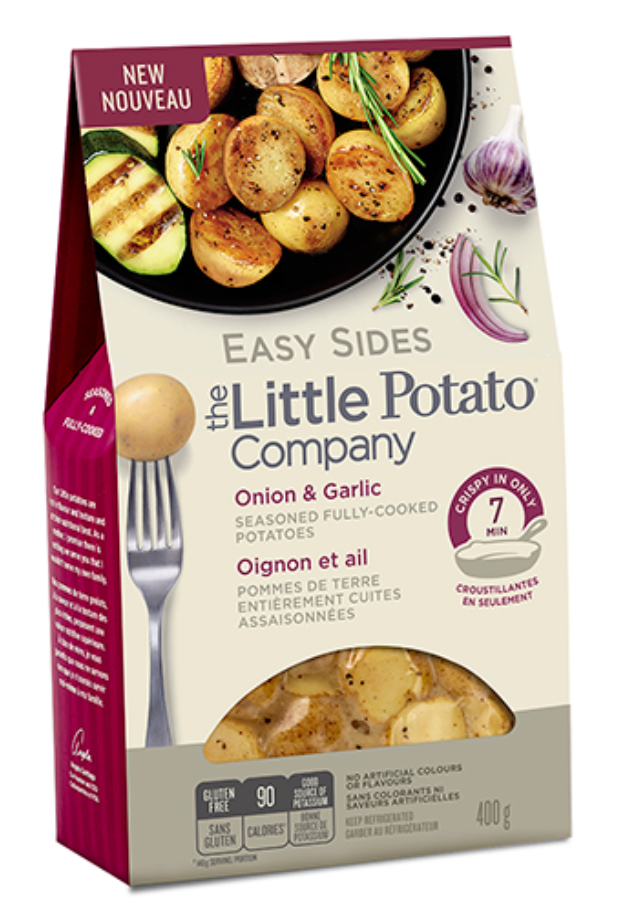 This year, due to the ongoing global pandemic, the CPMA New Product Showcase, which is traditionally held at the CPMA Convention and Trade Show, was moved online. The virtual product showcase featured 56 products from 44 companies.

When the Easy Sides creamer potato variation was released in October 2019, Richard Vann, vice president of marketing and product innovation at The Little Potato Company, said the product came from what the company was seeing in their consumer research.

“Through our consumer research, we discovered that one of the biggest pain points when it comes to eating potatoes is that they are too time consuming and complicated to prepare, so we’ve taken the complication out,” Vann said when the product was first released. “We know that consumers are looking for easy, healthy options for their families, and convenience is king.”

“Through our consumer research, we discovered that one of the biggest pain points when it comes to eating potatoes is that they are too time consuming and complicated to prepare.”

Surge in demand during COVID-19

Angela Santiago, co-founder of The Little Potato Company, in an interview with AndNowUKnow, said the company saw “an incredible surge in demand” in March, and demand was still well ahead in April.

Santiago’s company is not the only potato company seeing a surge in demand but the demand seems to be concentrated in fresh potatoes. As more consumers flock to grocery stores instead of restaurants, the Canadian potato industry is seeing low storage holdings in fresh potatoes and above average holdings for processing potatoes.